A Look Inside the Mardi Gras Trip of A Lifetime

Have you heard? Give Kids The World is offering a chance to win a trip to Mardi Gras 2020!

Last year, we auctioned off a similar Mardi Gras 2019 experience at our Black & White Gala. The lucky winner was Shirley Schmidt, a Village supporter from Wisconsin. Now find out everything Shirley experienced in New Orleans – and what’s in store for the lucky winner of our latest contest: 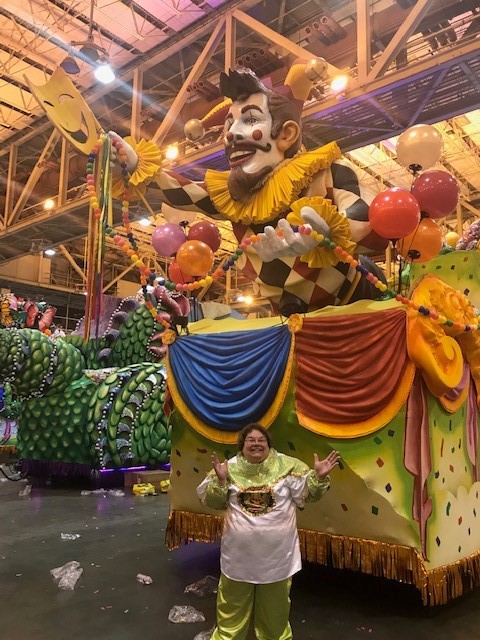 With flights and hotels included, all Shirley had to do was pack her bags and head to the airport for her exciting trip. As soon as she and her friend Ann landed in New Orleans, they were swept away by the sounds of live jazz, the smell of delicious cuisine (beignets anyone?) and the excitement of Mardi Gras.

Soon, they joined the Krewe of Orpheus on a two-tiered float in classic Mardi Gras costumes! They were given thousands of beads to throw to the crowds and even enjoyed food and drinks during the parade.

“It was truly a once-in-a-lifetime opportunity,” said Shirley. “Anyone can be there catching the beads at Mardi Gras, but not many people get to do what we did.”

After a day of throwing beads to Mardi Gras-revelers, they were off to the Orpheuscapade – a black-tie party hosted by the Krewe of Orpheus. They enjoyed performances by Trace Adkins, Harry Connick Jr. – one of the founders of Orpheus – and Mario Lopez.

After a long but exciting day, they returned to their boutique hotel. They even got to keep their costumes!

“I would definitely do it all again,” said Shirley. “It was even more special knowing it helps the kids from Give Kids The World.”

The Village is offering this same experience for Mardi Gras 2020 in our chance-to-win contest. Just like Shirley, you can ride aboard a Mardi Gras float, dance the night away at the Orpheuscapade and more. For only $10 you’ll have 100 chances to win – and every dollar benefits the children and families served by Give Kids The World.

Enter to win your very own Mardi Gras experience in 2020 here – and hurry! The contest ends March 31. 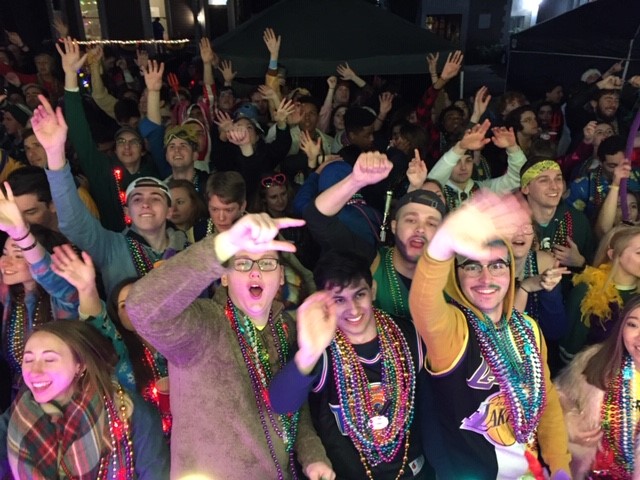