As senior director, mission delivery at Give Kids The World, Darren Gray oversees the Guest Services and Village Vacation Planning Services teams, including Reservations, Compassion, Airport and Guest Experience. He also manages the Village's partnerships with wish-granting and healthcare organizations.

Previously he served as a guest service manager with Disney Parks Live Shows and Entertainment, where he developed service training programs for cast members and served as quality controller for parades and shows including Mickey's Once Upon a Christmastime Parade, Festival of Fantasy and the Main Street Electrical Parade. Other experience includes roles as guest operations manager with Hilton Grand Vacations; director of Pier Park in Chicago; and attractions/admissions supervisor with Universal Orlando Resort and Universal Studios Japan.

Darren has volunteered on behalf of the Coalition for the Homeless, and served as the diversity and inclusion chairman at Hilton Grand Vacations. Prior to joining Give Kids The World, he also led the Hilton Grand Vacations team in decorating villas for incoming families at the Village during the holidays. 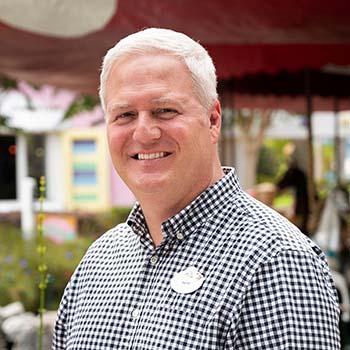