Give Kids The World Senior Director of Village Operations John Louine was first introduced to the Village during a volunteer experience with his college soccer team. After volunteering for three years, he was hired as an overnight security guard.

During the past 11 years, John has served in a variety of progressively responsible roles at the Village, including guest services agent; manager on duty; operations project manager; housekeeping manager; and then director of support services. Most recently, John was promoted to his current role, where he oversees the Engineering, Support Services, Housekeeping and Food & Beverage departments.

Originally from Haiti, John is a graduate of Southeastern University with a Bachelor of Arts degree in Communications. He and his wife, Bruna, have two children. When not at the Village, he enjoys following his favorite Premier League soccer team, Chelsea Football Club, and serving as head coach for his daughter's competitive soccer team. He is also passionate about supporting causes in Haiti. 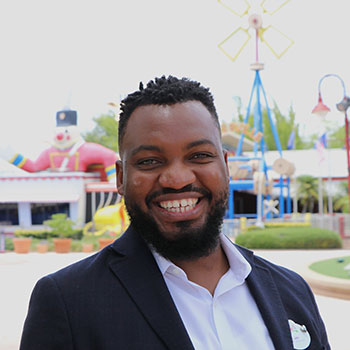